The Winners in Iowa

The first caucus for the American presidential election in 2016 is over. The people of Iowa have chosen their favorite candidates for the Democratic and Republican nomination for president. So, who won? Who lost? And what do these results mean?

The Winners: The biggest winner in Iowa was Ted Cruz. He beat Donald Trump with 28% of the vote to Trump’s 24%. The other big winner in the Republican race was Marco Rubio, who got 23%, which was a lot more than many had expected. No other candidate among the Republicans made it into the double digits, with the former front-runner Ben Carson being the closest with 9%. The full list of results is posted at the end of this article. 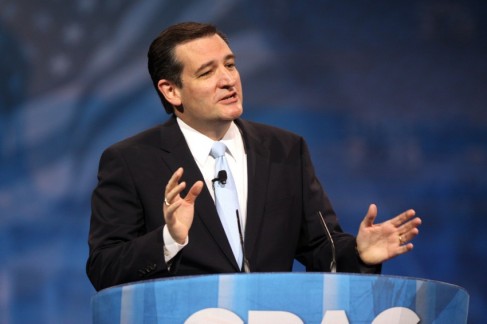 In the Democratic race, Hillary Clinton seems to have won a narrow victory against Bernie Sanders. However, the result is so close that it is virtually a tie. This almost makes Sanders the winner. Although, many polls had him winning in Iowa, for the outsider Bernie, a draw against the clear favorite Clinton is a big achievement. The third and last candidate among the Democrats, Martin O’Malley got below 1% and has, unsurprisingly, withdrawn from the race.

The Losers: In the Republican race it might seem weird to name the guy who came second with 24% of the vote, Donald Trump, among the losers. Yet, Trump has been leading every poll and seemed almost unbeatable, so for him to lose to Cruz is a huge blow to the Trump campaign. However, in a race with 12 contenders, there are many losers. Jeb Bush and Chris Christie only received 2% each and Mike Huckabee, who won in the Iowa caucus in 2008, also got 2% and he even decided to withdraw from the race. 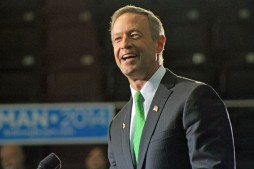 Among the Democrats, one could argue that the only loser was Martin O’Malley, since it was virtually a tie between Bernie Sanders and Hillary Clinton as they shared almost all the votes between them. However, with Clinton being such a big favorite for the Democratic nomination and only having one real contender, everything but a clear victory seems like a defeat for her. Although, Clinton is still the favorite, as the Sanders campaign gets more momentum more voters will consider Sanders eligible as the next POTUS. Whereas, if Clinton had won decisively in Iowa, she might have crushed Sanders early on and started focusing on the general election sooner.

What do these results mean? The results showed that Donald Trump is not unbeatable and that polls are not always correct. Furthermore, it seems that Marco Rubio has distanced himself from the other more established and realistic candidates such as Jeb Bush and Chris Christie. Ted Cruz winning is not a huge surprise, since Iowa favors the more extreme candidates (far right for Republicans, far left for Democrats), so for a more moderate candidate such as Rubio to do so well, is a great result and puts him as maybe the biggest winner in Iowa. This means that Rubio, along with Cruz and Trump are the ones to beat as the election goes to New Hampshire next week. However, Rubio seems like a more viable candidate than the anti-establishment Trump or the far-right Cruz. Thus, the Iowa result means that Marco Rubio, after falling a little behind in the polls, has established himself amongst the favorites for the Republican nomination and he is maybe the best bet to win it.

For the Democrats, the Iowa caucus meant that there are now only two candidates left, after O’Malley dropped out. Furthermore, it has indicated that the race is going to be even and that Clinton is not going to win the nomination easily. Bernie Sanders has surged in the polls recently and more and more Americans are accepting him as a viable candidate, the Iowa results confirmed this. So while there are only two candidates in the race for the Democratic nomination, it seems it is going to be as close as the Republican race.

2 thoughts on “The Winners in Iowa”