When talking about campaign spending, an important question comes to mind: Does money win elections? This article will attempt to answer that question, while looking at campaign spending’s effect on electoral success. Despite what media pundits may claim, the short answer is no. There are countless examples of candidates, with more money than their opponents, whose campaigns failed. The campaigns of Howard Dean and Rudy Giuliani are two prime examples of this; they both spend millions of dollars on campaigning with appalling results. Another example is that of Tricia Hunter, who was a candidate for the California State Assembly. She was favored 45 to 1 by independent spending, but lost the election. Lastly, in 2010 Pacific Gas & Electric contributed vastly to a California ballot proposition, which received more than $46 million in support, while the opposition received around just $130.000, yet the proposition failed. These examples suggest that money alone cannot secure a certain political outcome, no matter how much is spent. 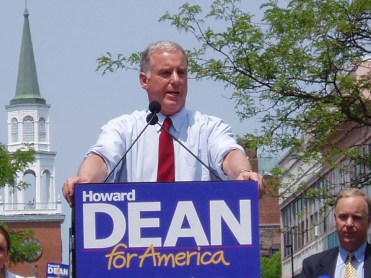 However, even though money cannot buy an election win, most experts seem to agree that having more money can increase a candidate’s changes of winning. As Bob Shrum, senior advisor on many Democratic campaigns puts it: “So gold doesn’t always glitter in politics — but you better have some of it, and sometimes, having the most can matter the most.“ To win an election a candidate needs to get his or her message out, receive precise information on what voters care about, have capable advisors to help frame the message, and try to control the public debate and agenda, among other things. To get all this, a candidate needs resources i.e., money. Of course, if the candidate’s message is flawed, he/she is uncharismatic, hires the wrong advisors or has too many scandals the opponents can exploit, e.g., then money will not help. Subsequently, it seems safe to assume that although money will not secure an election win, it seems logical to assume it in some cases can contribute to a win, at least to a certain degree.

Nevertheless, studies actually indicate that, in certain cases, the more the candidates spend the less they seem to win. At least, this is the case for many incumbent runners. Numbers show that those incumbents that increase their campaign spending are less likely to win than those incumbent candidates who spend less money. This would then seem to suggest that money would have a negative effect on a candidate’s chances of electoral success. At the same time, it is shown that the contenders, who spend more money when running against an incumbent seems to stand a better chance of winning than those contenders that had limited spending. However, the reason for this occurrence is that those incumbents who spend a lot are facing a strong contender, where as those who spend less are facing little challenge. Naturally, those faced with a strong challenger will stand a harder change of winning than those only facing a weak challenger. Conversely, those challengers who stand a chance of winning spend more money, where as those who stand little chance of winning limits spending.

In conclusion, it can be said that money alone will not win an election. Nonetheless, in some races it can help a candidate to secure a win. But raising more money, through fundraising, donations, loans, private savings and other means has its consequences. It takes time away from candidates’ campaigns, while opening up for soft money from interest groups and corporations that seeks to influence the candidates and potentially damage his integrity and credibility. Yet, candidates have increased their campaign spending for decades, in spite of these drawbacks, and they seem to keep spending.

One thought on “Does Money Win Elections?”