Why Lobbying is Allowed, part I

Why it is allowed for lobbyists, interest groups and other outside actors to engage in lobbying activities to the extent it currently is. The Constitution, the Supreme Court and Congress have all shaped the current legal framework that enable lobbying activities. In this article, it will be examined and clarified how and why the judicial and legislative branches have shaped the political system the way they have. This first part will focus on the Constitution and the Supreme Court’s role, while Part II will look at the role of Congress, when it comes to allowing outside interests to lobby and influence the government.

The first brick on the road to the current political climate for lobbying and campaign contributions is found in the First Amendment to the US Constitution. 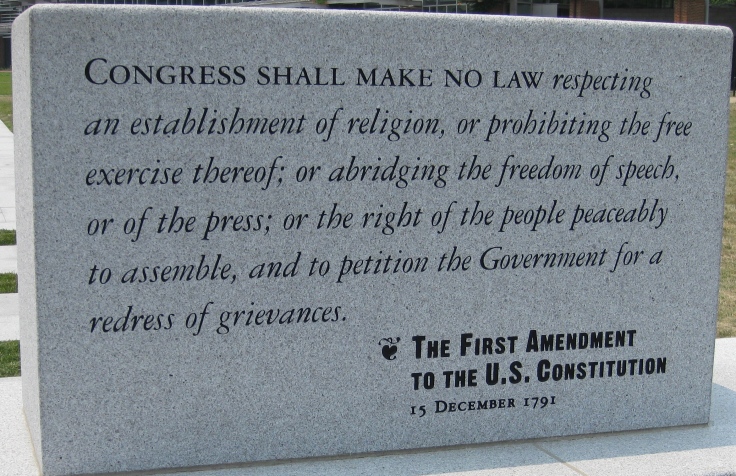 Congress shall make no law (…) abridging the freedom of speech (…) or the right of the people (…) to petition the government (…). In these parts, the First Amendment protects US citizens’ freedom of speech and their right to petition their government. Throughout the over 200 years that have passed since the amendment was introduced in the Bill of Rights, it has been interpreted to also include political speech, and to a certain extent political money. This means that donating money to a campaign is interpreted as political speech and, as such, it is protected under the US Constitution as free speech.

However, when talking about the constitution, it is important to look at those who interpret it, the Supreme Court. This court, the highest and post powerful in the US, is responsible for interpreting the Constitution and its Bill of Rights, including the First Amendment. The first of the court’s most crucial rulings on the topic in modern history is in the case Buckley v. Valeo (1976). This case upheld the limits on contributions to individual candidates, but struck down Congress’ decision to limit spending by candidates and independent expenditures by non-candidate and non-political parties. Suddenly, this meant that there were no limits on how much a candidate could spend on his or her campaign. Subsequently, even though the limit on contributions to candidates was upheld, individuals and groups could spend unlimited amounts to assist a certain candidate in winning an election. This ruling started what has been called an “arms race” for campaign funds. Because of this ruling, candidates became able to spend much more and have unlimited external supporters assist their campaign. As long as they did not donate directly to the candidate or through his or her party, there were no limits on how much a group or an individual could indirectly assist a candidate financially. Moreover, those in charge of the facilitation of these groups and individuals’ political speech and money were lobbyists, who suddenly became much more useful. Thus, the lobbying industry and its activities flourished as a result.

Since Buckley v. Valeo, there have been several Supreme Court rulings on campaign contributions and spending. One of the earlier ones was the First National Bank of Boston v. Bellotti case from 1978. It held that corporations could legally contribute to ballot initiative campaigns. This opened up for banks and other big corporations to spend a lot of money on campaigns trying to oppose or support a given legislation. In essence, corporations became treated as individual people. This sparked some controversy, because this meant that according to the Supreme Court’s rulings in the 1970s, corporations are protected under the First Amendment as well as citizens.

Nonetheless, in 1990 a rare occurrence happened, in the Austin v. Michigan State Chamber of Commerce case, the Supreme Court ruled in favor of the State of Michigan and its Michigan Campaign Finance Act. The act made it illegal for corporation to use treasury money to support or oppose a candidate in an election in the state of Michigan. The court deemed the law to not be in violation with the First Amendment and the Austin v. Michigan State Chamber of Commerce ruling was an exceptional case in which the Supreme Court actually limited companies’ abilities to support or oppose candidates financially.

However, in 2010, the most debated Supreme Court ruling on campaign financing in recent years occurred. This case was called Citizens United v. Federal Election Commission (FEC). Besides striking down 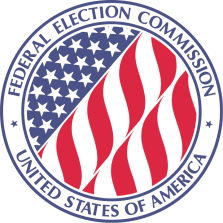 the before mentioned Michigan state law, by overruling the court’s previous verdict, the Citizens United v. FEC also, among other features, eliminated the ban on corporate express advocacy. This means that corporations, interest groups, and other actors not directly affiliated with a candidate or party, can make explicit campaign ads, during the election, advocating people to vote or not vote for a particular candidate. Thereby, the Citizens United v. FEC case expanded on the 2007 ruling, FEC v. Wisconsin Right to Life, which had granted the before mentioned actors permission to run ads during elections, but without permission to explicitly tell voters who to (or not to) vote for. It also partially overruled the McConnell v. FEC case from 2003 that had ruled campaign finance law known as the McCain-Feingold Act to be constitutional; meaning parts of it then became unconstitutional. In other words, the Citizens United v. FEC verdict took away the last prohibition put on corporations and interest groups, with regards concerning their use if resources to directly express who voters should or shouldn’t vote for. Additionally, it curtailed the regulation of one of the greatest attempt by Congress to regulate the campaign financing, the McCain-Feingold Act.

Other notable cases include the Randall v. Sorrell case from 2006 that deemed limits on contributions to politicians unconstitutional. This meant that any limit on a citizen’s right to contribute to a campaign and candidate’s right to increase campaign spending was a violation of the First Amendment and, thereby, unconstitutional. Thus, it protected one of the lobbyists’ best ways to direct clients’ money to the right places for maximum effect (through sizeable individual contributions) and it upheld the politicians’ demand for campaign contributions. The latest case, on this matter, is the McCutcheon v. FEC case from 2014. With its ruling in this case, the Supreme Court, yet again, struck down a law, which limited contributions, by deeming aggregate contribution limits to campaign finance unconstitutional.

Many of these decisions, which Supreme Court has made the last decades, seem deeply divided between its liberal justices (judges on the Supreme Court) and its conservative ones. The liberals want to keep restrictions on campaign contributions and spending to ensure that the democratic process is not distorted by the interests of the wealthy. Contrastingly, the conservatives believe that the First Amendment should protect corporations as well as individuals and that this freedom of speech is more important than controlling campaign donations and spending. When looking at the recent Supreme Court rulings on this issue, it is clear to see that the conservative approach has the majority. This means that only reforms containing public funding programs, where candidates subject themselves voluntarily to limits on campaign spending would pass as constitutional.

Click here to read Part II of this and learn more about the US Congress’ role in allowing Money in Politics.

4 thoughts on “Why Lobbying is Allowed, part I”