The Impact of Lobbying

“In the marketplace of American politics, the packaging of political issues is often as important as the product.”

This quote underlines both the impact of lobbying activities and the need for it in the current political and electoral environment in the US. The quote is from Teena Gabrielson a Professor at University of Wyoming and it actually seems rather accurate, as companies and interest groups spend increasing amounts on lobbying efforts. Big interest groups such as AARP (American Association of Retired Persons) is among the top spenders when it comes to lobbying, but along with them are groups representing major billion dollar industries, including finance, banking, medical, legal and oil & gas. These industries and their interest groups are donating hundreds of millions of dollars in political contributions. Primarily, in an attempt to lobby policy makers by directing donations to the “right” candidates’ campaign coffers. The strategies that determine which candidates to donate to and support is created or counseled by lobbyists and are done through political action committees (PACs), which are organizations that pool contributions. Additionally, campaign costs for elections has increased in recent decades and made the demand for contributions increase, as well. Thus, interest groups (as well as every citizen) must now supply larger contributions at fundraisers in order to get a candidate’s ear, since a candidate need to raise huge amounts. 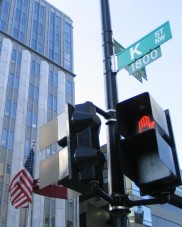 The trend of increasing amounts of “soft money,” from interest groups, PACs and corporations, flowing into American politics is regarded as one of the negative impacts caused by lobbying activities since this has caused certain democratic issues. One of these is the perceived corruption that the public feels is happening, when millions of dollars goes from special interest groups and companies’ into politicians’ election campaigns. Arguably, this (along with other factors) has contributed the decrease of the public’s trust in Congress, which has send its approval rating down to a record low. Furthermore, the US has experienced falling voter turnouts for mid-term elections, which at 2014 elections was at its lowest since World War II. Distrust in government, as well as low voter turnout, are serious democratic problems for the US, since the people’s participation is key for any democracy. Lastly, another democratic issue with lobbying is the representation of lobbyist and lobbying power. To be precise, there is a lack of apportionment of lobbying influence between the country as a whole and those with the most influential and expensive lobbying efforts, and it seems to be tilted in favor of the wealthiest interests. These impacts will be handled in depths in later articles.

Although, it seems there are many problems connected with lobbyists in the current US political system, it must be noted that lobbying can also benefit the political process. For instance, everyone can lobby or petition the government and their representative in Washington. This right, to freedom of speech and petition of government, is protected by the constitution, which means that every single citizen or group can supply information to Congress on issues that might not have been brought up otherwise. Additionally, lobbyists themselves provide factual and expert information to policymakers, who then, in turn, can make decisions that are more qualified. Furthermore, many lobbyists have companies as clients and these companies have hundreds or thousands of employees, whose interests in many cases also are lobbied, hence, the better a company perform the more workers it can have on its payroll. Moreover, it is not only profit-seeking corporations and their interest groups that lobby, non-profit organization and charities lobby to get their causes on the political agenda, as well.