Most lobbyists focus their attention on Capitol Hill and the legislative branch, Congress, rather than on the White House and the executive branch. The reason for this is that it is Congress that policies are proposed, bills considered and legislation made. Thus, the focus of this article will be on lobbying activities connected to the legislative branch, primarily. Congress consists of two chambers, which is called a bicameral legislature (two chambers: Senate and House of Representatives), and is responsible for creating and passing legislation, called bills, which the President then can sign into law. Bills are usually created in committees and will have to pass in both the Senate and the House of Representatives, before it can be signed into law. Yet, the Electoral process for the two chambers differs. 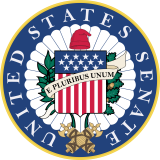 First, the Senate has 100 seats that are filled by two senators from each of the 50 states. This means that large states, such as California or Texas, have the same number of senators as, for instance, Wyoming. The reason for this is to protect the power of the smaller states and secure political influence for them on federal matters, by giving every state equal power in the Senate. Unlike the elections for the presidency, elections for the Senate are every two years, during general elections and the midterm elections. Moreover, a Senator’s constituency is, in contrast to the President’s, not nationwide, but statewide. Every two years, about one-third of the Senate’s seats are up for election, which means that a senator’s term last 6 years. However, unlike the President, a senator has no limits on the amount of terms he or she can serve. Hence, a senator will always have an election to think of (and raise funds for), as long as he or she is not retiring, unlike the President, who after securing a second term will be unable to run a third time, thus, not having to worry about re-election or raising campaign funds. 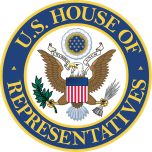 Second, there is the House of Representatives, the other chamber in Congress and final part of the legislative branch. The House, as it is often referred as, has 435 seats filled by representatives from constituencies in all 50 states. However, the more populated states have been apportioned more seats than the less populated states. Every 10th year, a census is made and the seats are then divided among the states according to their population size, however, every state is secured at least one representative. This means that a small state such as Wyoming with a population of about half a million have one seat in the House and a populous state such as California, with a population of over 35 million, has 53. Hence, in contrast to the Senate, the seating in the House of Representatives favors the greatly populated states, yet smaller states still gets more seats per citizen than larger ones. Additionally, the electoral process also differs from that of the Senate and the presidency. In the House every seat is up for election every two years (both in the general and midterm elections) and, with the exceptions of those few who are committee chairmen, representatives can run for Congress an unlimited amount of times, as well. This means that each representative only serve two years per term and will be up for reelection almost permanently. In other words, with only two years to the next election immediately after an election win, raising funds for the next campaign will have to start almost instantaneously.

Furthermore, this also means that Members of Congress (especially those in the House) are those most in need of campaign donations. Subsequently, lobbyists and their clients are particularly interested in getting influence in the legislative branch. Especially, prominent members, such as the Committee Chairmen, Majority and Minority leaders, the Speaker of the House and the parties’ whips, are high priority targets for interest groups to influence, since these members of Congress have more power over the legislative process. Consequently, with the need for campaign funds and regular elections, the way is paved for “soft money” from the lobbyists’ clients, since as soon as a candidate is elected; he or she needs to raise funds for the reelection campaign. Accordingly, lobbyists representing clients with deep pockets will direct funds to the candidates which are likely to support their clients’ causes and, furthermore, donate to a candidate’s reelection campaign if they he or she was supportive of the clients’ wishes. 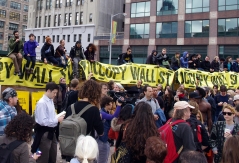 However, it is not only the electoral process that indirectly empowers interest groups and other outside interests in Washington. As you probably know, the political two-party system in the US only consists of the more liberal and left-wing Democratic Party and the more conservative and right-wing Republican Party, also called the Grand Old Party (GOP). As a result of this, voters only have one of two parties to vote for in both midterm and general elections, in contrast to voters in a country with a political multi-party parliamentarian system. Consequently, US voters’ interests are only covered by two opposing political parties. Hence, there are no smaller parties to promote certain issues. For instance, many multi-party parliaments have smaller parties that focus heavily certain issues and causes, such as parties that are anti-immigration, pro-environment, promote welfare for senior citizens or against big corporations. In the American two-party system, these narrower interests are often taken up by interest groups that gather bipartisan support for a certain cause, by rallying both liberal and conservative voters and lobbying Members of Congress. Contrasting groups such as the conservative Tea Party  and the progressive Occupy Wall Street movements (shown on the picture above) can even find common ground on a bipartisan issue like big bank reform, an issue that are not necessarily connected to a single party. Furthermore, these interest groups support the candidates, both Republican and Democrat, whose political views can aid the groups’ cause the most. Thus, lobbyists play a part in the US political system when it comes to supplementing the legislative branch. Not only by representing their clients, directing “soft money” and providing information for Members of Congress, but also to help smaller interests, which might not be fully represented by either of the two parties, get heard.